Joining
The Syndicate leader or officer can register a Syndicate for a War. If they join the War, all Syndicate Members will be automatically enrolled. Once enrolled you are able to manually opt out if certain people are unable to participate that week. You may opt-out before a Syndicate War begins, but not after it starts. Your Syndicate must be at least 24 hours old to join.
Important note: If you are kicked out of or have removed yourself from a Syndicate that was signed up for Wars, you will need to manually opt out in order to remove yourself from their Wars team. If this happens while the War is active, you will be on the team until it finishes.
Divisions
Syndicates are placed in Divisions A through E (A being the top skilled). Your division is calculated by taking the average fight strength of the top 15 members of your Syndicate. The strongest 20% of Syndicates get placed into A, the next strongest 20% into B, and so on.
Battles
Syndicate's strengths are calculated from the top 15 joined Syndicate members which all contribute to the Syndicate's attack / defence / health. If you do not have more than 15 members you will take the stats of all registered members. Once the war begins the stats are saved for the duration of the war. When initiating a battle each player is equipped with the strengths of their Syndicate along with their Personal Loadout.
Attacking another Syndicate will use Stamina and War Tokens. Keep your health up by healing to maximize the War Points received on attacks, if your health drops you may see slightly lower War Point rewards. If you die while attacking another Syndicate, they will not receive points for your death, but be careful! Someone with a watchful eye might be able to land the killing blow, and that would result in them getting the points.
War Tokens
Every member of your Syndicate starts off with 200 out of the total 400 War Tokens. You refill one Token every two minutes and two seconds. Every person gets a total of four refills of 67 Tokens a day, which needs to be done manually. You may gift Tokens to other members of your Syndicate as long as they are not at the 400 maximum or have passed their total number of manual refills for one day. The one Token refill will continue past the manual refill limit as long as you are not at the 400 Token maximum.
To gift another Syndicate member a Token, provided they are not at their maximum, in the members view page click their token count link.

Battle Perks
Along with taking your total Syndicate strengths into battle, there is also some variability added in each attack using the following Perk.
Attack - Minimum Damage Bonus - The greater percentage of skills in your armed attack the more minimum damage you will do to a target.
Defense - Energy Heal Bonus - The greater percentage of skills in your armed defense the more you can heal your Syndicate.
Battle Rewards
Players will receive Experience and War Points for attacking target Syndicates. The amount of War Points are dependent on a win/loss or kill. War Points are further modified by a couple other factors, the division of the target Syndicate and how many kills you've had against the target Syndicate. The division bonus is greatest at Division A. The kill bonus degrades the more times you kill the same Syndicate.
Deaths and Respawning
When your Syndicate health is reduced to zero you die and go into a 15 minute respawn wait time. During this time you cannot heal or attack other Syndicates. Deaths also have a price, you will lose your War Points reward from your last kill.
Healing
Players will be allowed to spend War Tokens to heal their Syndicate and will get Experience for each heal action. Your Syndicate can heal a total of 400 times over a 1 hour period (since the first heal occurred). Heal allocations will replenish if you respawn or the 2 hour period completes.
Leaderboard Rewards
The top 20% of Syndicates will be rewarded with the currently listed rewards.
Ending a War
The Syndicate war ends when the timer runs out. Syndicates will be ranked by War Points and will be listed on the leaderboard accordingly.
Syndicate Wars Rewards on Mobile
Wondering where to collect your Syndicate Wars Rewards on the mobile app? First, head to your Syndicate Page: 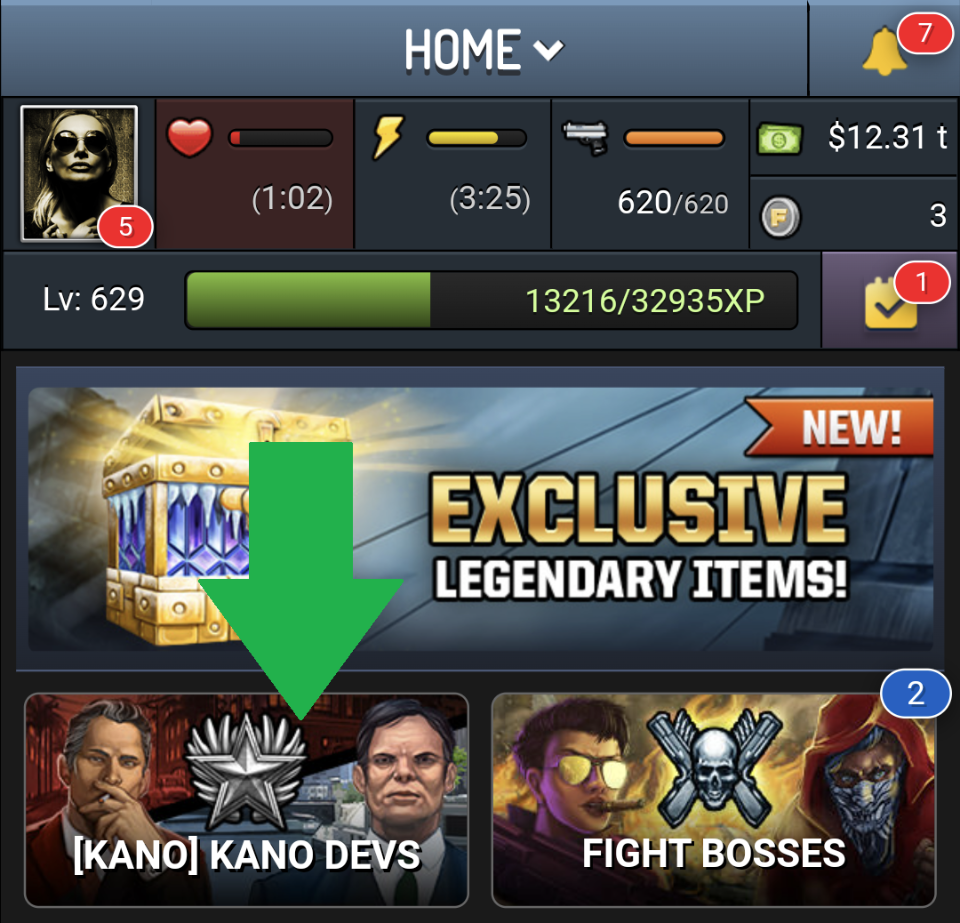 Then, go to War Status, and click on "View War" or "Go to Syndicate Wars." 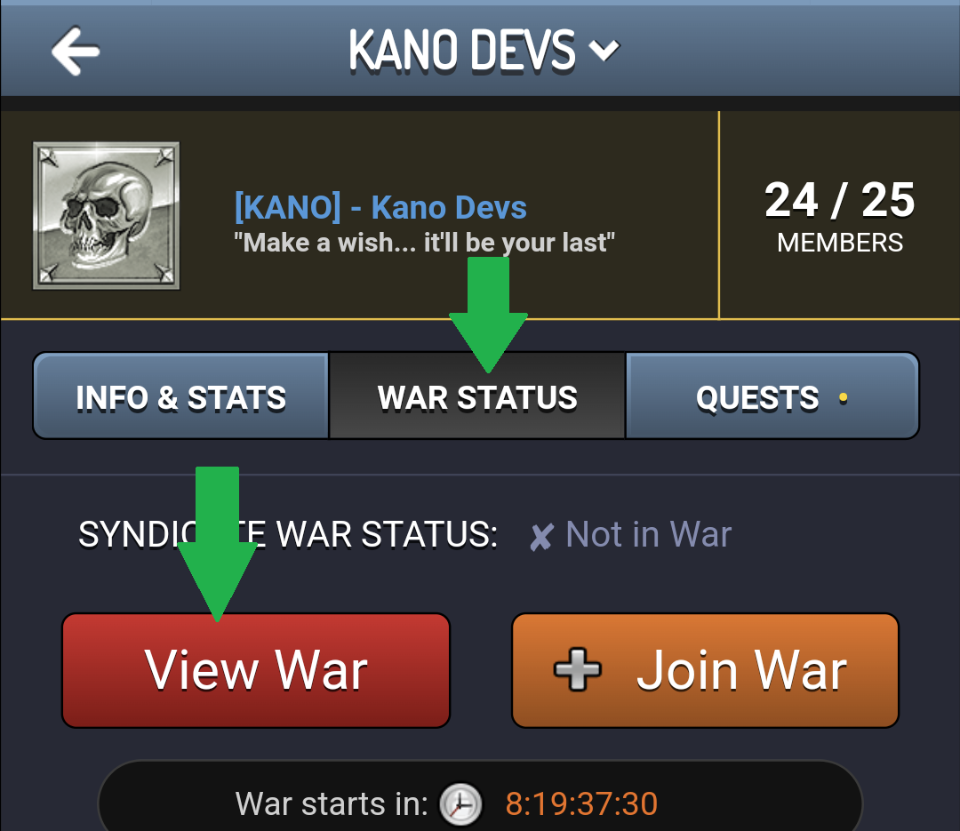 From there, you should see the option to collect your last Syndicate War rewards!