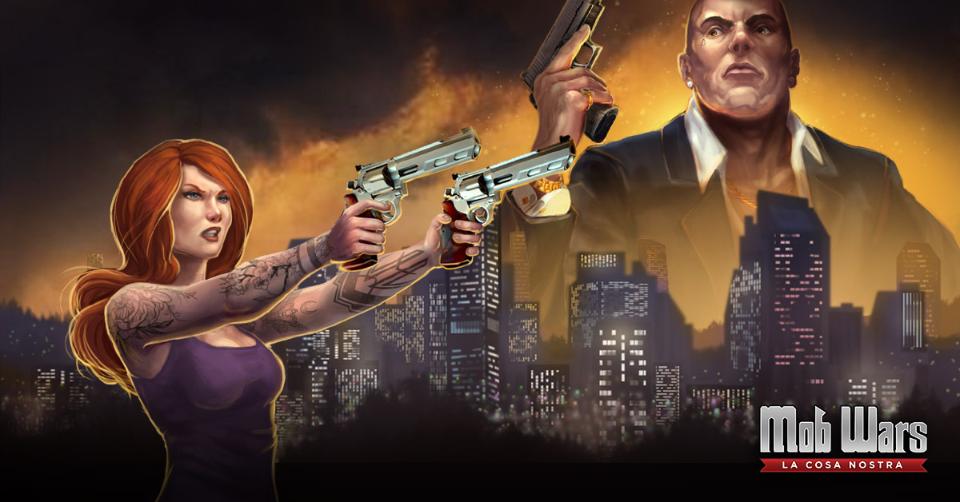 Fights are the real meat of our games. Pit yourself against other players to show your power and strength, eliminate your rivals, and appropriate their Cash! When you enter into a Fight the players in your Mob automatically contribute to the encounter, and you don't have to customize what they use. If you have more items than can be carried by your team, your most powerful items are automatically selected depending on whether you are attacking or defending.

Your personal Attack and Defense attributes have a large influence on the outcome of Fights, so don't forget to put Skill Points into these categories. Also make sure your Personal Loadout is equipped with your very best items before engaging an opponent!

You can only fight players who are in your level range (within 10% of your level) or opponents who are at a higher level. You can also attack players of any level via the Hitlist. Be careful: if you take any aggressive action against an opponent of a higher level, they will be able to retaliate with attacks even if you are outside of their level range! A higher level player can continue to retaliate until the 24 hour Rival period is over or until the lower level player is killed– whichever comes first. It's important to note that you cannot end this period early by dying via a Rigged Ignition! Once you heal back up, the player will still be able to attack.

Each fight is a contest of the aggressors attack strength versus the target's defense. Your Health, Attack, Defense, Personal Loadout, Mobster Items, and any other bonuses are all used to determine who is the victor! We also add in a small modifier to each fight called a Critical Attack / Defense Bonus. If players are totally even in fight strength, you will see different results each time!

At level 75 you unlock an Attack Boost, by using some additional Stamina you can add to your strength and give your mobster an advantage. Rather than attacking one at a time, use the slider to select the amount of Stamina you wish to use, click the button beside the Mobster you'd like to attack and watch their health drop!
At level 500 you gain the ability to do Power Attacks on other players. Every time you fight someone you will see your Power Attack progress bar increase. Fill this bar to perform a Power Attacks on your opponent for additional Experience!

Ambushes
If you're fed up with repeated attacks from a Rival, you can pay Cash to set up an Ambush against them. The next time they attack, they will be caught off guard and be hit with some big damage. You're only able to set these up on a player that has attacked you within the last 23 hours. Just remember specialty attacks like Hitlists or Punches don't count.

The cost to Ambush a player is based off the target's income. This can change depending on a variety of factors: your level and income relative to that of your target, the number of attacks between you, and the number of Ambushes recently set against your target. Additionally, if you and another player continue to counter attack each other back and forth, the cost to set a counter will rise dramatically!

Out of Range Players
Players who are out of your Honorable Fight Range start to appear once you’ve run out of other opponents. The Out of Range players won't appear on your Fight List unless the combined total of regular and Undead available is less than 15.